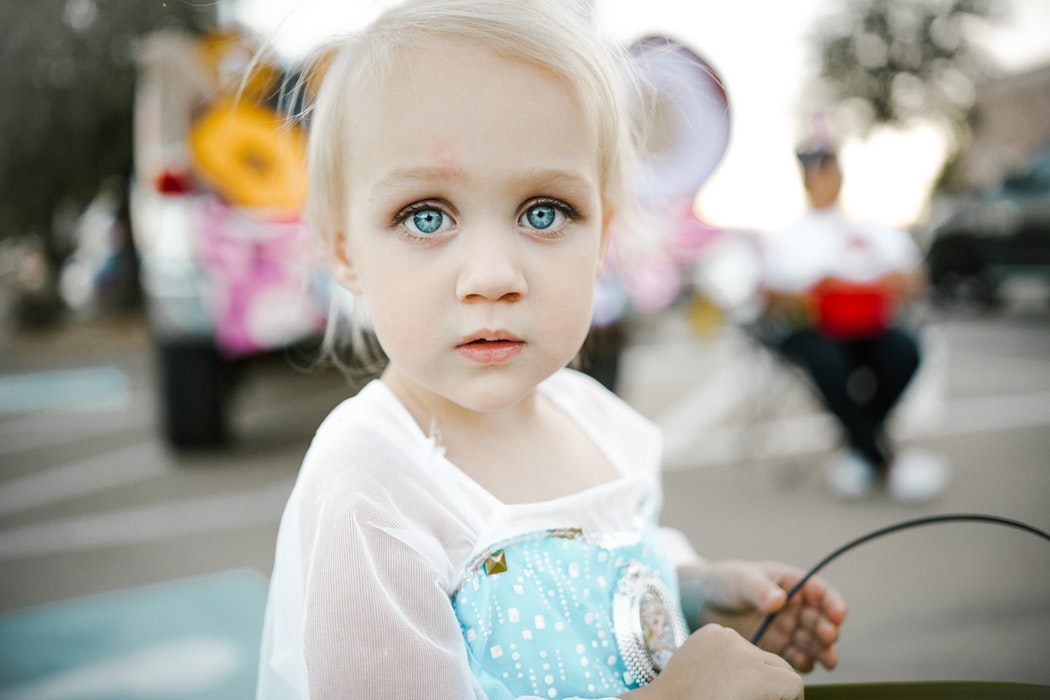 My daughter was just two and a half years old when we took her to the dentist for the first time. Our pediatrician had advised us we didn’t need to take her to the dentist until age three unless we suspected a problem. Well, one day I was horsing around with her and happened to catch a glimpse of the back of her front teeth. Suddenly, I not only suspected a problem. I knew we had a major problem. Although her teeth looked perfectly fine from the front, the back of her two front teeth looked like they were rotting away. Trying not to panic, I called the dentist immediately and made an appointment to have her seen as soon as possible.

A few days later we were at the dentist. She confirmed that my daughter indeed had some serious decay behind her two front teeth. An x-ray showed that she also had four additional cavities in or between her back molars. She would need them all filled.

I was devastated. I felt sick. I felt like the worst mother on the planet. (My husband, on the other hand, was unfazed. He suggested going for burritos because the long appointment had made him hungry.) Reeling from the news, I tried to figure out what happened. We never gave our daughter juice, soda, or candy. We ate a reasonably healthy diet as a family. Did her cavities have anything to do with the fact that I was still breastfeeding??

Before we left our appointment I asked what we should do to prevent future cavities. Thankfully, our dentist immediately reassured me that breastfeeding is a great way to build strong teeth and that there was no reason to stop. She recommended brushing after each meal and snack (even if only with water) and trying to limit snacks so the teeth could have a chance to “recover” from fighting bacteria and acid after eating. She also recommended that brushing should be the last thing we do at night. This seemed logical to me, but at the same time, it would mean no more nursing to sleep. No more night nursing. Gulp.

I have previously written about my longtime breastfeeding relationship with my daughter. At the time of her first dentist appointment, I had recently given birth to our second child and the milk was flowing generously after a rocky period of breastfeeding through pregnancy. It was a huge relief to be able to peacefully nurse her to sleep at night again after four months of horrendous bedtimes once my milk supply tanked around the halfway point of my pregnancy. I wanted to do everything in my power to protect my daughter, but I also wanted to make sure I had all the facts. No longer nursing to sleep would be a huge and difficult change that would take a lot of commitment, and with a newborn around I wasn’t eager to take on another large lifestyle change unless it was absolutely necessary.

So I started to dig into the research.

Does nighttime feeding contribute to cavities?

My first stop was kellymom.com, a popular website created by Kelly Bonyata, an International Board Certified Lactation Consultant (IBCLC) and mother of three, to provide evidence-based information about breastfeeding. According to Bonyata, dental decay in baby teeth was rare before the days of baby bottles. When babies breastfeed, milk enters the baby’s mouth behind the teeth and does not flow unless the baby is actively sucking, which means that milk does not have a chance to pool in the mouth. Bottle feeding, on the other hand, does cause pooling, which results in baby teeth soaking in milk for long periods of time, contributing to decay. Thus, once children have a mouthful of teeth, bottle feeding at bedtime or nighttime without subsequent brushing is a risk factor for cavities.

What if you are breastfeeding, not bottle feeding?

A recent meta-analysis of 63 published papers on the topic found that breastfeeding in infancy may protect children against cavities, but after one year the results are less clear. After combing through more than five dozen studies, the researchers found that children who were fed nocturnally after one year had a higher risk of cavities, but there was not enough information to determine the role of bottle feeding versus breastfeeding, diet, or oral hygiene practices. The paper concluded that further research is needed to determine the relationship between breastfeeding and cavities after one year.

But isn’t there something in breastmilk that is GOOD for teeth?

So why did my daughter have so many cavities?

As much as I hated to admit it, after poring through this research I concluded that the likely culprit of our cavities was our poor brushing habits. After all, breastmilk alone does not appear to cause cavities, but breastmilk combined with any sugar or acid already on the teeth can wreak havoc quickly. I believe that is what happened in our case. We did brush our daughter’s teeth every day, but our brushing sessions were more likely to resemble a wrestling match with a small alligator than a dental cleaning.

After poring over the research, I decided we were not going to change our nighttime nursing habits, but we were going to overhaul our daytime brushing habits in a major way. We got serious about brushing WELL morning and night. We flossed between every single tooth every single night. I carried little toothbrushes in my diaper bag so that we could do a mini-brushing with water after snacks and meals on the go when reasonably convenient. My new unpaid job as Toddler Toothbrusher-in-Chief was not my favorite part of the day.

But… it worked. Despite an uptick rather than downtick in nighttime nursing (the result of that newborn milk coming in), my daughter had zero cavities at her next dentist appointment. And zero cavities at the next one. And the one after that. I held my breath each time we went to the dentist, but each time she came back cavity free. It wasn’t until nearly three years later, after her fifth birthday that she once again had a small cavity — that the dentist was able to fill without Novocain. By this point we were long done nighttime nursing and I had also relaxed about the daytime brushing.

I know that I am not alone in confronting this issue: 42% of children ages 2-11 have cavities in their baby teeth. If you find yourself with a child who has one or multiple cavities, here is my advice.

Try not to panic.

It will be ok. My daughter is now a happy and healthy nearly 7 year old with no cavities in her permanent teeth. Our dentist informed us that permanent teeth are much stronger than baby teeth, so it’s common for children who were cavity prone in their early years to go on to have healthy adult teeth.

Decide what approach works for your family.

For some families, night weaning may make the most sense. If we had not had our hands full with a newborn at the time we were dealing with cavities in our two year old, we may have made a different decision than continuing night feedings. The research is still inconclusive, so you have to make a decision based on what you feel is best and what you can live with. Thankfully, our strategy of stepping up brushing sessions worked for us. Your mileage may vary.

Don’t beat yourself up.

There are lots of factors that contribute to dental health. Within a family, there may be one sibling who has cavity after cavity while another sibling maintains perfect dental health. Some evidence suggests that antibiotic use during pregnancy and infancy is linked to enamel defects. I have often wondered whether my single round of antibiotics during the third trimester of my pregnancy affected my daughter’s tooth enamel. The research is still out on this question too. A final factor is the luck of the draw. We cannot always protect our children drawing a few short straws in life. That’s ok. It is enough to be there to help them through it when they do.